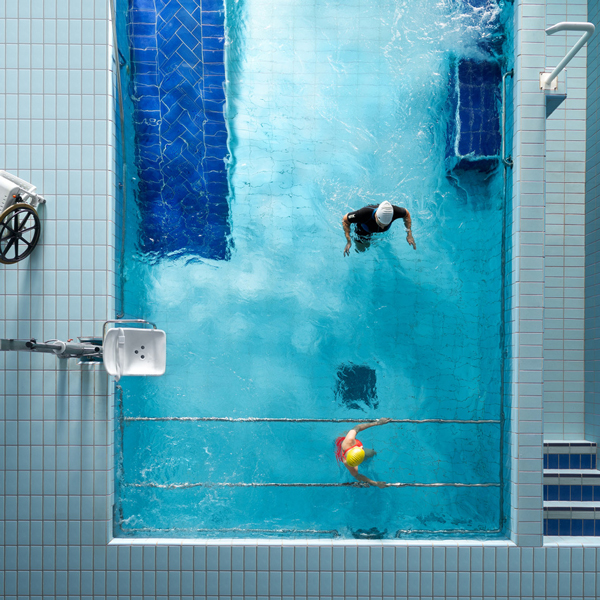 Hydrotherapy is any activity performed in water to assist in rehabilitation and recovery from eg.hard training or serious injury. It is a form of exercise in warm water and is a popular treatment for patients with neurologic and musculoskeletal conditions. The goals of this therapy are muscle relaxation, improving joint motion and reducing pain.

Of the physical laws of water that the physiotherapist should understand and apply when giving Hydrotherapy, those of buoyancy and hydrostatic pressure are the most important. The lateral pressure exerted and the effect of buoyancy together will give the feeling of weightlessness.

Buoyancy
Buoyancy is the force experienced as an upthrust which acts in the opposite direction to the force of gravity. A body in water is therefore subjected to two opposing forces. When the weight of the floating body equals the weight of the liquid displaced, and the centres of buoyancy and gravity are in the same vertical line, the body is kept in stable equilibrium. If the centres are not in the same vertical line the two forces acting on the body will cause it to roll over until it reaches a position of stable equilibrium.

Hydrostatic pressure
The molecules of a fluid thrust upon each part of the surface area of an immersed body. Pascal’s law states that fluid pressure is exerted equally on all surface areas of an immersed body at rest at a given depth. Pressure increased with the density of the fluid and with its depth. This means that swelling will be reduced more easily if exercises are given well below the surface of the water where the increased pressure may be used.

The hydrostatic pressure place on the outside of the body causes a decrease in Blood Pressure (BP) peripherally and an increase in the BP in and around the heart. This can cause potential problems for eg Chronic Heart Failure (CHF) and Coronary Artery Disease (CAD) clients and needs to be taken into consideration. The greater the depth the greater the changes described above would be. 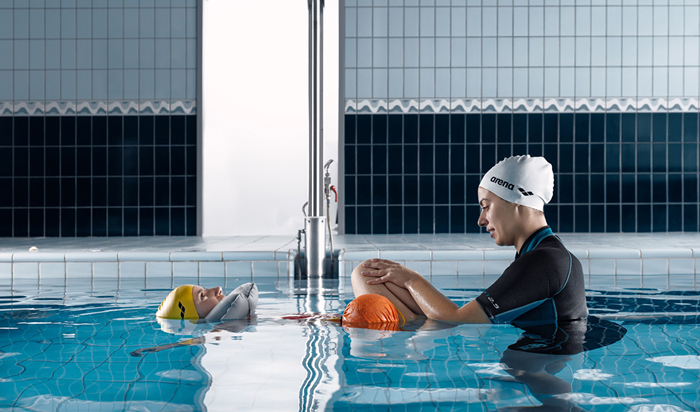 Physiological Effects
The physiological effects of water therapy combine those brought by the hot water of the pool with those of the exercises. The extent of the effects varies with the temperature of the water, the length of the treatment and the type and severity of the exercise.

The physiological effects of exercise in water are similar to those of exercise on dry land. The blood supply to the working muscles is increased, heat is evolved with each chemical change occurring during the contraction, and the muscles temperature rises. There is an increased metabolism in the muscles resulting in a greater demand for oxygen and increased production of carbon dioxide. These changes augment the similar changes brought about by the heat of the water, and both contribute towards the final effect. The range of joint movement is either maintained or increased, and muscle power increases.

During the immersion, the physiological effects are similar to those brought about by any other form of heat but less localized. A rise in body temperature is inevitable because the body gains heat from the water and from all the contracting muscles performing the exercises. As the skin becomes heated the superficial blood vessels dilate and the peripheral blood supply is increased. The blood flowing through these vessels is heated and by convection, the temperature of the underlying structures rises.

The relatively mild heat of the water reduces the sensitivity of sensory nerve endings and the muscle tone will diminish when the muscles are warmed by the blood passing through them.

Of the physical laws of water that the physiotherapist should understand and apply when giving Aquatherapy, those of buoyancy and hydrostatic pressure are the most important. The lateral pressure exerted and the effect of buoyancy together will give the feeling of weightlessness.

Modern hydrotherapy in the ANAGENNISI center is applied in neurological, musculoskeletal, neuromuscular, developmental and cardiorespiratory cases with proven clinical success. 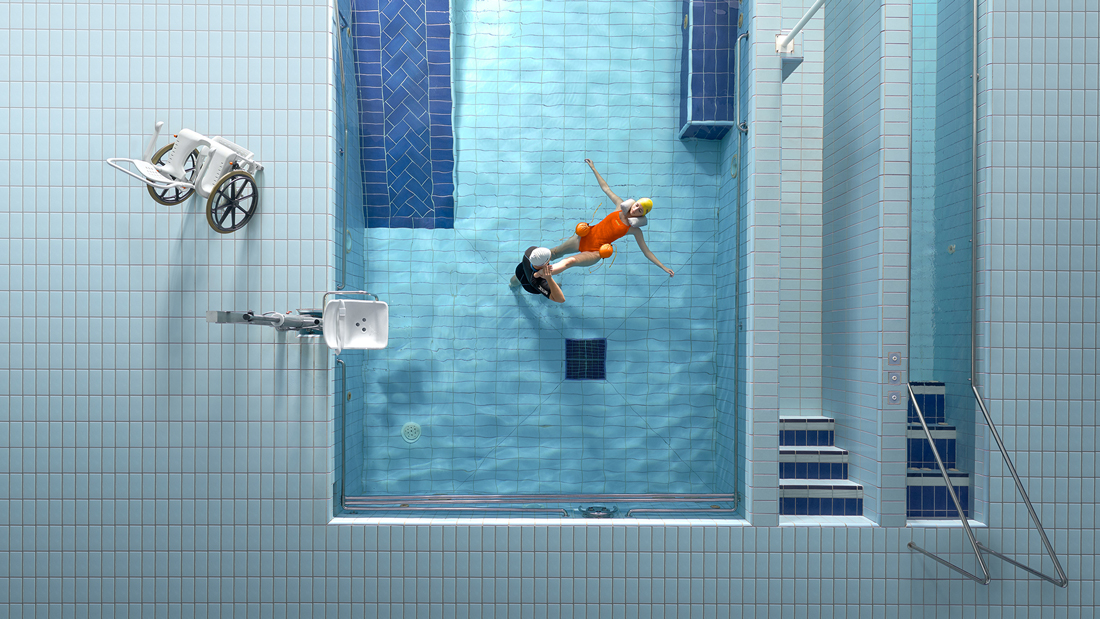 In the ANAGENNISI high-end hydrotherapy department features an hydrotherapy pool with all the means for advanced rehabilitation, such as:

The therapeutic methods used by hydrotherapists at the ANAGENNISI center are:

Hygiene and infection control needs to be closely monitored. Water quality controls and cleaning with a special pool broom and bromiosis are carried out daily at the pool of the ANAGENNISI center.

Contact us to send you more information about the available programs!