Rehabilitation of children diagnosed with autism 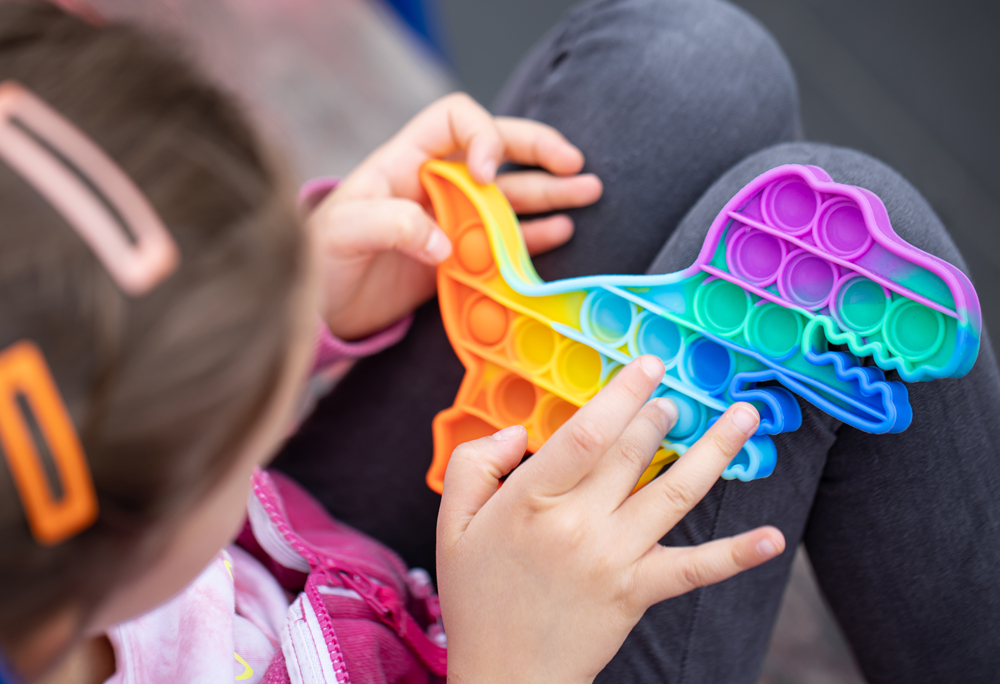 Autism (aka autistic spectrum disorder or ASD) is a developmental condition characterized by motor and speech disorders that lead to impaired social interaction. This condition has a strong impact on the early development of the child and on the whole life of a person in the future. There are no biomedical tests that can diagnose autism; only by observing the behavior of the child and their communication with others can a diagnosis of autism be made.

Speech disorder
Some autistic children do not speak at all, while others are far behind their peers in speech development. Children under the age of 12 months do not walk, tend to repeat the same sounds (?), at 2 years old they have an extremely poor vocabulary (about 15 words), and by 3 years old they are almost unable to combine words. Other autistic children can repeat words and phrases heard somewhere like an echo, invent their own words (neologisms), while many do not use speech for communication. Autistic people refer to themselves in the third person and do not use titles or personal pronouns.
Lack of emotional connection
Lack of emotional connection with people, especially with parents. Toddlers with autism do not look people in the eyes, do not reach for their parents in their arms, do not smile. Autistic people often resist parents’ attempts to pick them up and caress them. From a behavioral perspective, such children are similar to the deaf or blind: they do not distinguish their parents from other people and they do not notice that someone is addressing them.
Problems in socialization
Being among others, a child with autism experiences severe discomfort, and over the years develops social anxiety. “Indigo children” (??) can run and hide if someone has actively addressed them. They do not know how to play with their peers, they cannot build friendships, because they do not understand the emotions of other people, unfamiliar with the rules of the game. Autistic people prefer solitude, which protects them from strong feelings about their inability to communicate.
Attacks of aggression
Any disorder, failure can cause a child to have an outburst of anger, provoke a tantrum or a physical attack. Aggression in autistic children can be directed at others and at themselves; the latter was recorded in 30% of patients.
Weak interest in toys
A child with autism does not know how to play with different objects, such as cars and dolls. Such children are usually uncapable of symbolic actions; in other words, they cannot depict some objects with the help of others, due to poorly developed abstract thinking.
Stereotypical behavior, fear of change
Autistic children tend to do the same things for a long time: repeating the same word, running in circles, swaying from side to side, looking at rotating objects, twirling something etc. They are characterized by adherence to certain rules and/or a routine. If this routine is violated, they are very worried, they resist change, and fall into aggression.
Methods of rehabilitation of children with a diagnosis of autistic spectrum disorder:
• Physical therapy
• Kinesiotherapy
• Ergotherapy
• Bobath therapy
• Sensory integration
Physical therapy
Physiotherapy methods are aimed at improving the state of motor human functions through the strengthening and preservation of plasticity
joints, increase muscle strength, endurance and improve overall physical condition. Therapy is always developed on the basis of examination and
assessment of the patient’s condition, taking into account the difficulties experienced by them and the degree of disability, as well as their individual abilities and characteristics. Purpose of the course of physiotherapy is to maximize functionality and independence. Courses of treatment are carried out individually as well as in
groups.
Kinesitherapy
Kinesitherapy (ancient Greek kinesis – movement + therapia – treatment) is an effective form of therapeutic physical exercise, in which, through special physical exercise a specific therapeutic result is achieved. In other words, kinesitherapy is a treatment with active and passive movements, a kind of therapeutic exercise. Kinesitherapy is the most important physical rehabilitation technique.
It aims to improve joint flexibility, increase and maintain muscle strength, as well as improve coordination and balance. With kinesitherapy one can apply various therapeutic methods and tools in order to achieve maximal functionality of the musculoskeletal system. In kinesitherapy
special physiotherapy techniques are also used: PNF method – Kabat, Bobath, Mulligan, mobilization, and neuromuscular taping. In addition to isokinetic exercises and examinations, special emphasis is placed on teaching proprioception (motor sensitivity). Kinesitherapy is carried out individually or in
groups according to the diagnosis. Each person undergoing rehabilitation during the therapeutic program learns to do physical exercises, all adapted to their condition.
Ergotherapy

In ergo therapy (aka occupational therapy), the emphasis is on the development of everyday life skills. Since many people with autism have impaired fine motor skills, this type of therapy can be of great value to them.

Bobath therapy
The basis of Bobath therapy is the interaction of the body and the mind, that is, it is not just a limb receiving therapy, and the person as a whole, influencing the brain’s functionality through bodily movement.
Bobath Therapy is a holistic therapy aimed at:
Bobath therapy is not just a set of correct exercises or methods of intervention, but on the contrary, it moves away from the standards, carries an innovative and individual approach to the treatment of the individual patient.
Sensory Integration
A very necessary, simple and correct therapy.
95% of autistic people have sensory processing disorders. They perceive one thing too sharply and do not notice another. The essence of sensory therapy is this: the environment presents us with different sensations. It is these sensations, as well as our reactions to them, that cause secondary brain development! The purpose of sensory integration is to reduce or stimulate the child’s sensitivity and assist them in the correct processing of information.

Contact us to send you more information about the available programs!