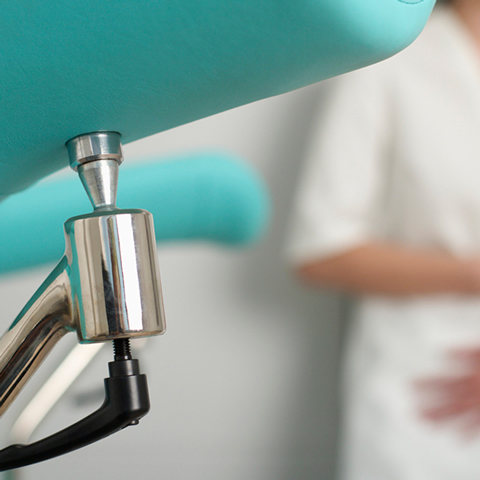 Our Gynecology Department provides high standard medical services to women of all ages. The department deals with the whole range of gynecological diseases and applies both micro and macro surgery methods, even in cases that extend beyond the reproductive system. It is designed to meet the unique needs of women from puberty to menopause.
The specialists of the department work in multidisciplinary teams and according to the latest diagnostic technology, competing with corresponding nursing centers of international reputation. Each team includes health professionals of many specialties, such as clinicians, surgeons, certified midwives and specialist nurses and neonatologists. Specialists in the department continue to innovate in the diagnosis and treatment of gynecological diseases, as well as in the evolution of obstetrics, with the aim of the best possible experience for both the mother and the fetus.
Services we offer
Gynecological Check Ups and Screenings
Gynecological check-up, depending on age, includes the following possibilities and aims at the prevention and early diagnosis of gynecological diseases and especially gynecological malignancies, such as cervical and breast cancer:
Basic Gynecological Check Up:

Simple Gynecological Check Up (for women under 40):

The department covers the entire spectrum of gynecological surgery, such as:

Gynecological surgery involves any part of a woman’s reproductive system, including the vagina, cervix, fallopian tubes and ovaries. Gynecological surgeons also often perform operations on the female urinary system, including the bladder. In addition to therapeutic gynecological surgery, there is also one aimed at women who need surgical intervention during childbirth.
Da Vinci Gynecological Surgery
The department offers the possibility of Da Vinci surgery, one of the most well-known robotically assisted surgical practices recommended for various diseases of the gynecological spectrum. The installation took place in May 2020 and is a pioneering move aimed at the optimal therapeutic approach to benign and malignant gynecological diseases.
A pioneer in the field of gynecology
The Gynecology Department of the Hospital is one of the first to implement laparoscopic and hysteroscopic access. Initially, laparoscopies and hysteroscopies were only diagnostic in nature, but very soon laparoscopic surgeries also began to be applied, which today constitute the great majority of the department’s surgeries. Over 400 such operations take place at St Luke’s annually.
Experienced human resources
Acclaimed health professionals with years of experience in Greece and abroad work in the department. The medical and nursing staff possess top-level scientific knowledge and expertise, offering excellent medical and nursing care services and the best possible care.
The Gynecological Oncology and Laparoscopic Surgery Unit has been operating since 2011 at St Luke’s Hospital. The Unit aims at the prevention, early diagnosis and treatment of patients with benign and malignant neoplasms of the female genital system, as well as patients with recurrence-relapse of previously treated gynecological cancer.
What is gynecologic oncology?

One of the most important problems for the modern woman is the possibility of developing a malignant disease (cancer) in the genitals, such as:

Gynecological Oncology has been established as the medical specialization of Obstetrics-Gynecology, which has as its object the pathology of the female reproductive system and the prevention, early diagnosis and treatment of gynecological cancer. The goal of gynecologic oncology is also to improve the quality of care provided to cancer patients.

Cervical cancer
Incidence and mortality rates
As an example, it is reported that cervical cancer continues to lead to the death of around 30,000 women in Europe and 250,000 women around the world every year, while in our country it affects 500-600 women every year, mainly young women who have not given birth, out of which 200 to 250 die every year.
Unit and human resources

Patients are always treated in the framework of cooperation (in the sense of an oncology board) with colleagues from other medical specialties, such as:

Philosophy of the Gynecological Oncology and Laparoscopic Surgery Unit

Innovations and pioneering in the Gynecological Oncology Unit

An innovation offered in the Gynecological Oncology Unit concerns the possibility, where indicated, of a laparoscopic approach in cases of surgical treatment of benign, but mainly malignant diseases of the cervix, endometrium and in limited cases of the fallopian tubes and ovaries. This laparoscopic approach is applied either to treat the disease or to stage it, that is to confirm its stage and extent. Also, in its effort to apply the most modern technology, the Gynecological Oncology Unit performed, in March 2020, for the first time in Greece, the removal of a sentinel lymph node using the IMAGE1 S™ RUBINA K.Storz system.
The range of incidents we deal with

All cases of gynecological cancers are treated in the Unit. In fact, endometrial and cervical cancer is treated laparoscopically.

The Unit offers and performs the following tests, per organ, for the prevention and early diagnosis of gynecological cancer:
In particular, with regard to diseases related to infection of the external genital organs by the Human Papillomavirus (HPV), the following are offered:

In addition to the above, the Unit offers counseling instructions for the prevention of gynecological cancer, especially for groups of patients with a hereditary burden.

Early examination contributes decisively to the detection of the disease in a pre-cancerous or even beginning stage of cancer, so that the treatment is much easier and with much better results in terms of prognosis.
We use cookies on our website to give you the most relevant experience by remembering your preferences and repeat visits. By clicking “Accept All”, you consent to the use of ALL the cookies. However, you may visit "Cookie Settings" to provide a controlled consent.
Cookie SettingsAccept All
Manage consent