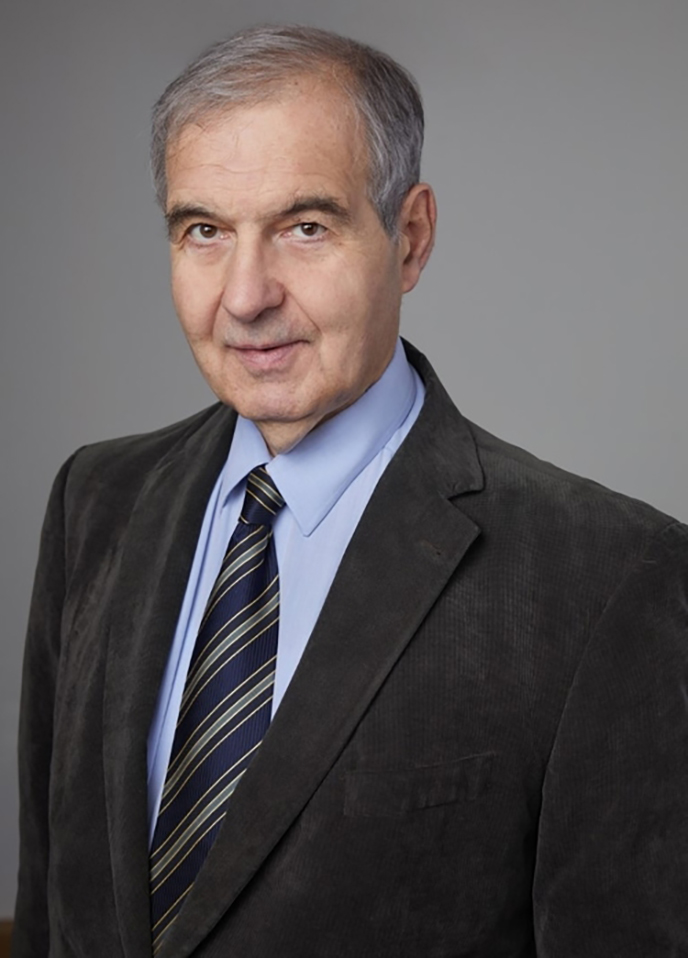 Head of the Department of Internal Medicine and Diabetes at “St. Luke’s” Hospital, Thessaloniki, Greece

Dr Georgios Kourtoglou graduated with honors from the School of Medicine of Aristotle University of Thessaloniki in 1980.
After his military and field services, Dr Kourtoglou specialized in Pathology from 1985 until January 1990 at the 2nd Pre-Educational clinic of AUth (“Ippokrateio” hospital of Thessaloniki), where he received the title of Pathologist. After exams, he was placed as a Special Postgraduate Scholar in the same Clinic to prepare a doctoral thesis. At the same time, he joined as a scientific associate at the Diabetes Center of the Pre-educational Pathology Clinic under the direction of Professor D. Karamitsos.
Dr Kourtoglou participated for many years in the clinical and research work of the Clinic and the Diabetology Department, as well as in the education of students and medical specialists, nursing staff and post-graduates in diabetes mellitus. He participated in more than 80 research papers, many of which were published in Greek and foreign medical journals. He also published reviews and articles in magazines and books.
In 1997, Dr Kourtoglou passed his doctoral thesis with honors from the Department of Pathology of the School of Medicine of AUTh, on “The effect of angiotensin-converting enzyme inhibition on the renal function of patients with type 1 diabetes mellitus” and was awarded a Doctor of Medicine. In the years 1998-1999, he worked as a Scientific Associate of the 4th Pathology Clinic of AUTH with the same duties. From September 1999 to April 2000, worked as a First Pathology Curator at the General Hospital of Thessaloniki “Papageorgiou”, where he also worked at a Diabetes outpatient clinic.
From 1990 until today, Dr Kourtoglou is in charge of the Pathology and Diabetology department of St Luke’s Hospital in Thessaloniki. At the same time, he maintains a practice in the city of Thessaloniki. He also dealt intensively with the treatment of overweight and obese patients with or without diabetes, patients with arterial hypertension, eating disorders, such as anorexia nervosa and bulimia nervosa, as well as with the formulation and administration of diets to various population groups (adolescents, pregnant women, athletes, elderly etc.). He has participated in many clinical studies conducted under the approval of the National Pharmacology Organization of Greece.
Dr Kourtoglou has also participated as a speaker and presenter in a number of scientific conferences and seminars, as well as in a number of events for the public. Has attended many post-educational seminars and conferences in Greece and abroad.
Dr Kourtoglou is a member of many Greek and international medical scientific societies. He is a member of the Board of Directors of the Medical Society of Thessaloniki (Librarian) since 2015, of the Philoptochos Brotherhood of Men of Thessaloniki since 2017, as well as the Society of Macedonian Studies since 2008. He has offered free medical services to various non-profit organizations periodically.

Back
We use cookies on our website to give you the most relevant experience by remembering your preferences and repeat visits. By clicking “Accept All”, you consent to the use of ALL the cookies. However, you may visit "Cookie Settings" to provide a controlled consent.
Cookie SettingsAccept All
Manage consent