In 2009, 20-year-old Kazim had a serious car accident. He was in a critical situatuion, but fortunately he survived. However, his life after the accident was very difficult with serious diagnoses: traumatic brain injury, spinal stenosis with compression fracture of cervical spine and the C2 segment. Kazim began suffering from an intolerable pain. Doctors prescribed strong sedative medicines, which only helped him for a short period of time and the pain was coming back. After years Kazim could manage his pain, but the serious consequences of the trauma remained: a misfit hip fracture and bone callus led to deformation and motor disorders of the hip and lumbar spine which made it impossible for him to find a comfortable position to sit in. The formed bedsore could lead to irreversible consequences. Also, a urethral diverticulum was an obstacle for proper urination. His life was going on like that for 7 years after the accident, until Kazim heard from his acquaintances, who underwent  treatment at the Medical and rehabilitation centre “Anagennisi” in Thessaloniki, that there was a treatment possibility in Greece.
In May 2016, Kazim came to Thessaloniki and his long journey to recovery began. At first, he was thoroughly examined and doctors decided to carry out an operative removal of the bedsore. At the end of May, plastic surgeon of St.Luke’s Clinic Athanasios Eksadaktilos successfully made this difficult operation, and just two weeks later orthopaedic surgeon Emmanouil Papakostas fixed the ossification of the hip bone, surgically cut the ossified foci and the pathologic bone growths, which were about 15 centimetres long. Also, muscle, nerve, vessel and vascular system transplantations in the foci area have been made. A month later, urologist-surgeon Ioannis Koutsogiannis performed a percutaneous operation for open resection of the diverticula with urethral occlusion, with the objective of restoring his pelvic functions.
Already two weeks after the surgeries the team of neurological rehab specialists and physiotherapists began to train Kazim to improve the functions of his lumbar spine, hip and muscle dynamic of the anterior group of pelvic muscles and his hamstrings, quadriceps and all the muscles of the upper limbs.
Maybe due to the fact that the patient for the first time after the accident was exercising so hard, after a while he started to have colic. After the examination and abdominal ultrasound many gallstones were revealed. Due to his situation Kazim was operated immediately. It turned out that, because of his old injury, his abdominal organs were stuck together, which is why the laparoscopic operation for removal of the gallstones lasted 4 hours instead of 2. Thanks to the experience and skills of the surgeon Manos Zakharakis, the operation was made successfully by laparoscopic method.
Neurosurgeon Vasilios Zountsas’s team performed on Kazim several times an operation with transplantation of autologous stem cells from the crest of the ilium and enriched in the laboratory BIOGENES. After the transplantation of the stem cells the young man had positive results of his dynamic and neurological status, so right away he started intensive functional rehabilitation treatment. The instructors and neurological rehab specialists saw positive results in his muscle dynamics and motor functions. His urination and erectile functions have been restored.
After a long and persistent treatment at the Medical and rehabilitation centre “Anagennisi”, Kazim has achieved great results. Not only did he learn to seat correctly, to make transition and get up after falling, but also to stand on elbow crutches and make steps, keeping his body and upper limbs in balance.
Doctors, occupational therapists and physiotherapists helped the young patient get back to his everyday life and start an independent life out of the walls of the rehabilitation centre. Kazim, full of strength and hope, continues his difficult way to recovery. We are very happy for his success!
Back 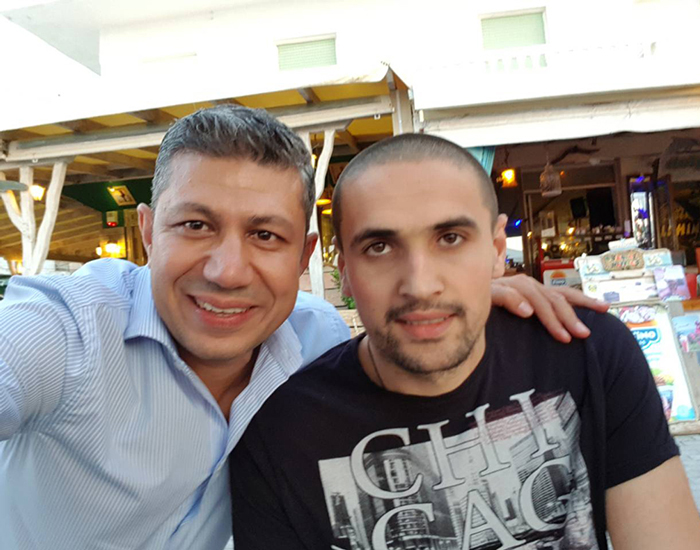 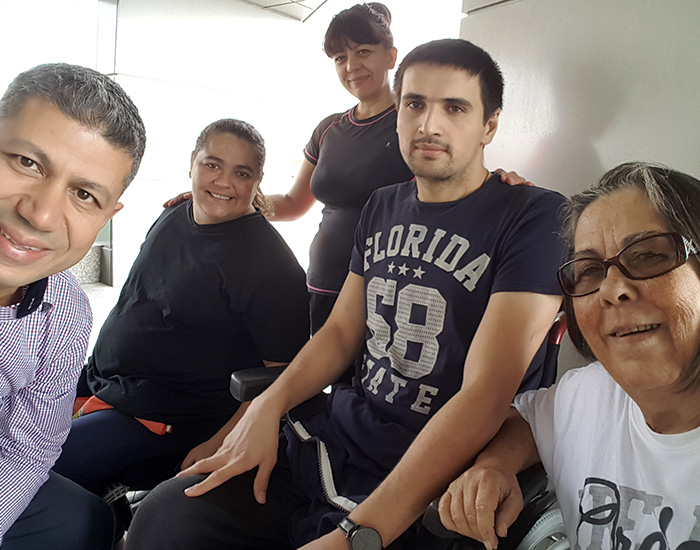 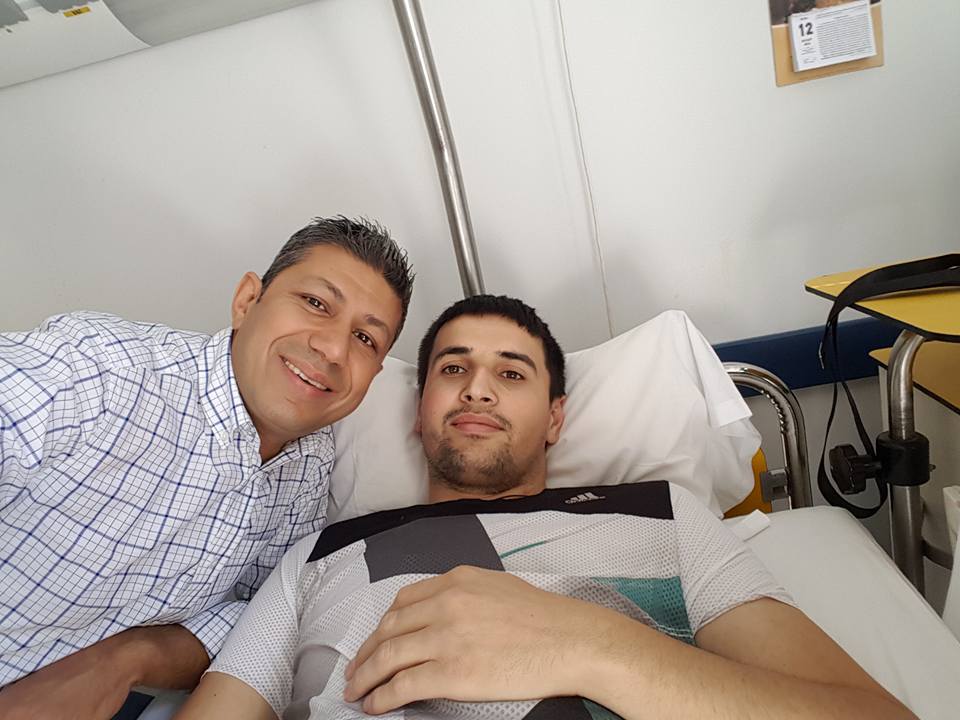 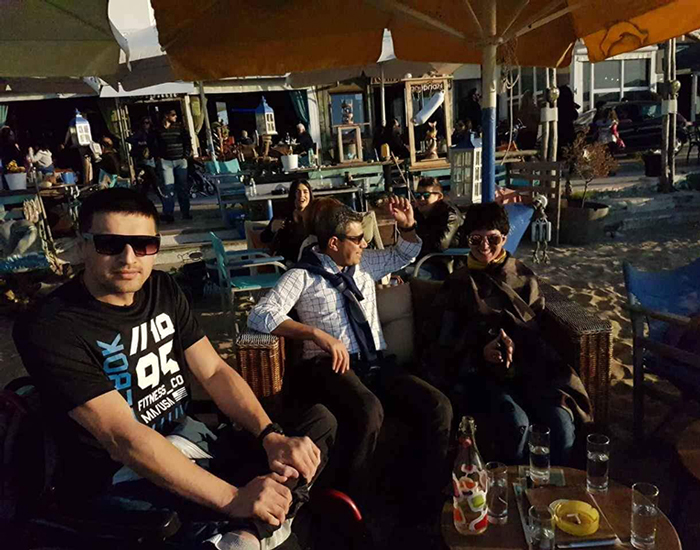 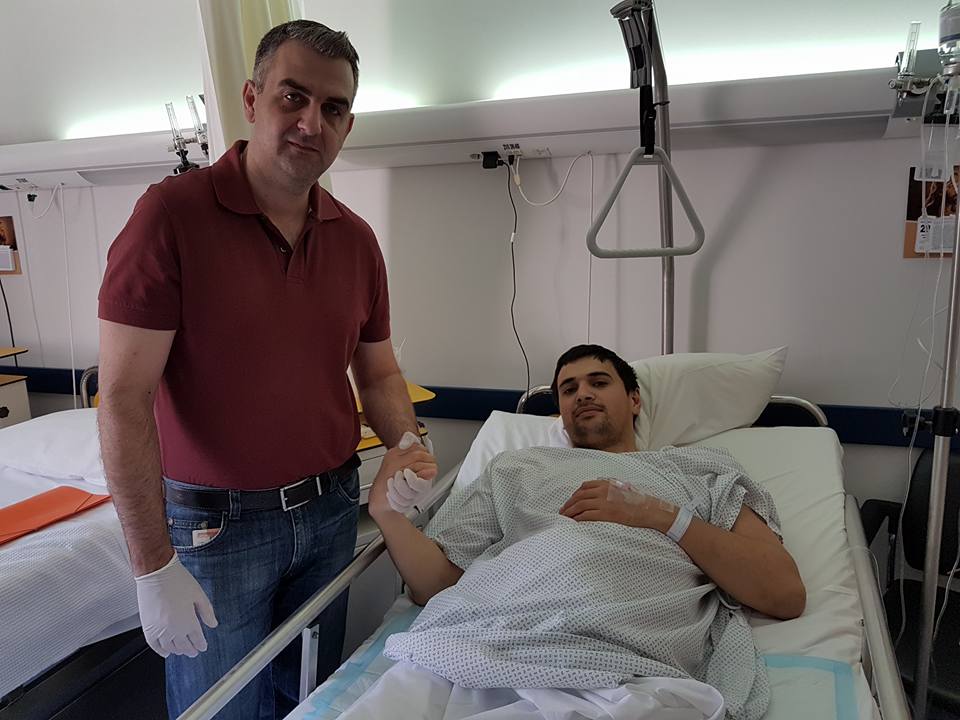 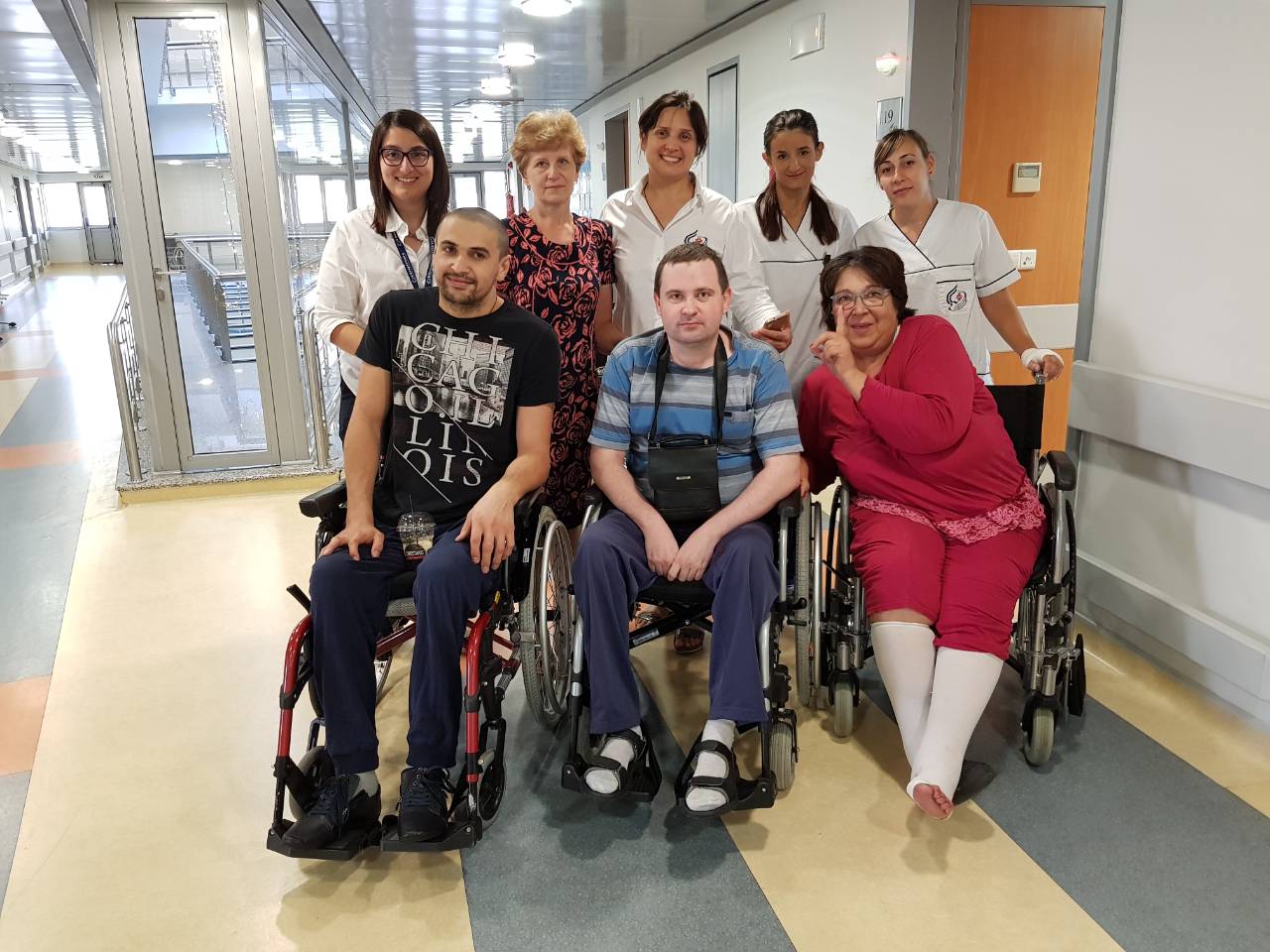